This is part two of a series of posts reviewing recipes and products I tried out on my birthday.

So my most favorite frosting in the world right now is from Modern Alternative Mama and her post is called: Refined Sugar Free Vanilla Buttercream. I made one full recipe to frost the cake above and was so completely thrilled when I sliced it to find that my frosting layers in the middle were nice and even. I was worried while spreading on the frosting that I wasn't putting on enough, and I also didn't bother to shave the cake to make it completely flat so I was worried that some areas were not be as even. I know, who cares? But I was concerned about it, and so happy when it came out so perfectly. I added two tablespoons of cocoa powder [affiliate link] *at the end once the frosting had emulsified to the recipe as shown to make it chocolate. (*Edited to indicate when to add the cocoa powder).

I had two new kitchen tools I got to use. One was my Polder Digital In-Oven Thermometer Timer, it worked great and it's easy to figure out how to set it to alert me to the temperature of the honey [affiliate link] (which needed to come up to 240°F). The only problem was that the Brilliant Butter Warmer (which I impulsively splurged on for the sole purpose of making Buttercream Frosting!) was too small to hold the boiling honey. It was slowly, slowly boiling up and almost over when I snatched it from the fire. The instructions for the Buttercream Frosting say to get to soft ball stage, which is 240°F but I had to pull it off the heat at 235°F. I figured how much can 5 degrees matter so I decided to just use it at 235°F and it worked out just fine. 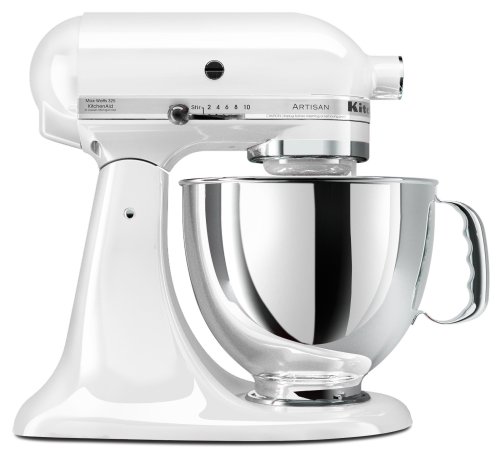 If you are fortunate enough to have a stand mixer, do not hesitate to use it. I decided to haul out our Kitchenaid mixer and making the frosting became 10 times easier. It's like having another pair of hands!

The eggs [affiliate link] were whipped so nicely they were soft peaks, something I had not come close to achieving with the hand mixer.

Because my hands were free, I was able to pay attention to some other details, like I happened to feel the side of the bowl when drizzling the hot honey into the eggs and I was surprised at how hot the mixture had become! I used my new thermometer to check the temperature of the frosting to make sure it was at room temperature, and Modern Alternative Mama is right, it took just about five more minutes of mixing to cool down to room temperature, and then it was safe to begin adding in the room temperature butter.

If you are interested in watching most of the process of making this frosting using a hand mixer, watch my YouTube video here. I'll let you in on a secret – I forgot to wait until the egg mixture was at room temperature so when we began dropping in the butter it was melting right away. My youngest son considers himself a chef… and he was assisting me. You'll see him begin to dump in clumps of cold butter in an attempt to cool down the mixture. Eventually we succeed, and the frosting emulsifies. Whew! I would hate to waste all those ingredients. And having made it with the stand mixer, definitely use a stand mixer if you have one.

My son stopped by the store on his way home from work to pick up my candles, and so of course he thought the gravestone would be the perfect touch. The store clerk told him that 49 is NOT over the hill, and I would definitely agree.

I bought a Ateco 14-Piece Cake Decorating Set recently. The stars on top of the cake were made using Wilton Open Star #32 Decorating Tip – which by the way is NOT included in the kit to which I linked. It is from a previous kit we have had.

Review on the frosting. I have always preferred the whipped cream frosting on cakes as opposed to the super sugary shortening version, and when someone would buy a cake from the bakery I could never figure out why they would buy sugary shortening version, the one that left a thick layer of shortening on the roof of your mouth? Why buy that, when you could get the whipped cream frosting which was light and airy and delicious?

This Buttercream frosting is even better. It is lightly sweetened and very creamy. The fact that it's GAPS legal makes it that much better. And the recipe is super simple, with just four ingredients (five if you add cocoa powder). I have made this frosting four or five times now, and it is definitely a favorite around here. It goes extremely well with the cake, if you ask me. 🙂

Mastering the Art of Baking with Coconut Flour e-book Learn how to work with this fussy super food and convert your own family favorite recipes.

Look Beautiful in the Kitchen