Before I started GAPS, one of my favorite rainy day comfort foods was potato soup. Since I've been on GAPS for two years in just a few short days, I could introduce young red potatoes… but since I'm still doing the leptin reset I will refrain since we know potatoes are high in carbohydrates. Let's see just how high they are… 27 carbs in a small size baked red potato. Well that's not TOO bad, but where is the fun in eating one tiny potato? I may as well not even bother. Last night I decided to indulge and have an artichoke, which ended up being two artichokes. You see, my boss had given me about twenty small artichokes because she knows that me and my boys love them so much. I haven't had the heart to tell her they are too high in carbohydrates for me right now. I ate the one artichoke and it was so heavenly… there were a bunch more in the pot… ready to eat… I just couldn't stop myself and ate a second. I ended up at 27 grams carbs… so long as those artichokes were really “small” and not medium. 🙂

So yeah… it was raining today, and very cold in our house. 66°F. It was cold in the house yesterday too, and my average body temperature was very low for the day (three temps taking three, six and nine hours after waking, then averaged). 97.5°F. At one point I was snuggled in bed I was so cold. I wanted a hot hot bath to relax in. I think I will make a point to have a detox bath tonight.

Trying to stay below 25 grams carbohydrates for the leptin reset has really opened my eyes to how many carbohydrates I have been eating. Of course I haven't been eating bread, grains, rice, corn, etc., but apparently I have been pigging out on vegetables. I guess. I used to buy one of those big frozen bags of organic green beans from Costco, I think there are five pounds in the bag and I would cook up about 1/4th of the bag each time I used them for dinner. Granted I would take some green beans with me to work the next day, but when I started the leptin reset I discovered that 1 cup of green beans is 8 to 10 grams of carbs (depending on your source). When you are accustomed to eating your fill of vegetables… that can amount to two cups of green beans. My mom told me she used to eat a whole head of cauliflower at one sitting! One night I looked up cabbage using myfitnesspal.com and found that 1 cup of cabbage has 1 gram of carbohydrates. Yowsa! I proceeded to steam myself four cups of cabbage. Slathered on some butter… oh heavenly. A few days later I found the source was using “net carbs” and it turns out that cabbage really has 8 grams carbs per cup. So that day I got more than 32 grams, and I'm trying to stay under 25 grams. Speaking of my mom, she didn't want to start counting her carbs and so she has been pigging out on vegetables as usual, but having the big protein breakfast and then more protein than she normally eats throughout the day. She gained four pounds in November and she was so disappointed she told me she was going to stop eating so much protein. Well, I asked her if she had looked at her carbs yet and she really didn't want to, but she did start looking at them and in four days she lost two pounds just by cutting down on her carbohydrates. She was pretty happy about that and now she's tracking all her carbs, and she's able to go longer between meals. Before she started the leptin reset, she was having to eat every 2 hours – around the clock!

So how goes the leptin reset? Here are the signs that I'm becoming leptin sensitive:

A. Men will notice quick weight loss.
B. Women will notice mood changes first (calmer/sleepy) and their sleep will improve. Their clothes will fit differently but weight may not change drastically initially because of effects on the pituitary. This will change too if they continue moving forward.
C. You will notice a change in your sweating pattern.
D. You will notice you have better recovery from exercise and your energy levels seem to have risen.
E. Your hunger is gone and so are your cravings.
F. When you awaken you will feel very refreshed like you slept well.
Generally when the signs are all present, I then really push HIIT exercise with heavy weights.

All right… weight loss. I did actually lose weight in four weeks on the leptin reset. Not a lot, but I was glad to see the scale go down by 5.4 pounds. So now I'm at 179, which is about where I was last year at this time. Yes, last year I reported on December 6th that I was at 181 pounds. I actually stayed very close to 181 for most of the year and then in during October gained four pounds.

The mood changes occurred, I have felt calmer and my sleep has improved. My clothes do seem to be fitting differently.

Not sure how to notice a change in my sweat pattern. I don't exercise due to adrenal fatigue, and my energy levels seem a little better. I think that can be attributed to getting more sleep.

My hunger is gone and so are the cravings. For the most part. After eating the artichokes last night I did have some cravings, but it's pretty rough when you've got a kid still at home eating all illegals and one of them is one of your lifelong favorites: Rocky Road Ice Cream. I do have to admit this recipe of mine is a very close substitute: Coconut Milk Chocolate Ice Cream Shake. I was telling my husband I feel so sad that I can't have at least that. He asked me how many carbs did it have and I added them up and found if I use half a banana then it would be exactly 25 grams (minus the macadamia nuts [affiliate link])! I could lower the carbs by halving the peanut butter [affiliate link]. So maybe I will splurge one day. The only thing is eating sweet seems to encourage cravings and I really enjoy not having cravings. So maybe I won't.

I have been thinking I will only do the leptin reset for eight weeks… but today I read something that confirmed my suspicions that I may need to stay on it longer. From this thread at Mark's Daily Apple: Indianstar Journal Page. Hmmm… now that I'm reading over it I see that she has a very large belly, which she states looks pregnant. I have belly fat, but not an excessive amount and I don't think I look pregnant. Well, maybe a couple months? Anyway… I think I am adjusting myself to accept the fact that I may need to be on the leptin reset past the first of the year. It will be interesting to see if I experience further changes during the month of December.

It hasn't been so bad eating so much meat, but I really miss pigging out on vegetables. I guess that wasn't such a good thing though. It is kind of a pain having to add everything up and my kitchen scale broke, I guess it got wet and the battery corroded and messed something up. So I've been using one of my husband's tools, an electronic scale but I keep forgetting to turn it off and killing 9 volt batteries. Those are expensive! Also it is in a case and bulky and can't just sit on the counter.

Do you have a favorite scale that you use? I have one that is not electronic but it is difficult to be accurate with it. Mine is similar to this one. It is pretty easy to get half a pound or one pound, but when you are trying to figure ounces it is a pain. 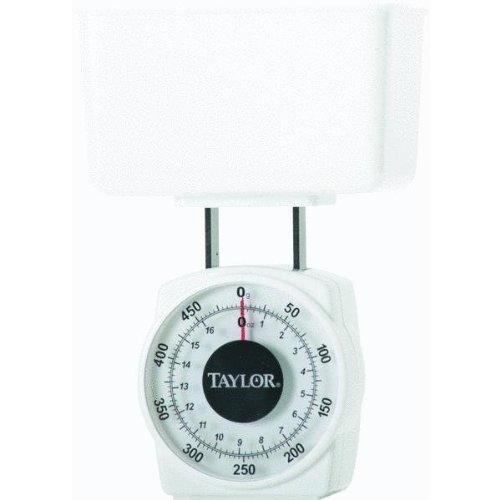 Anyway, maybe I'll spring for one like this. $25 isn't too expensive, is it? 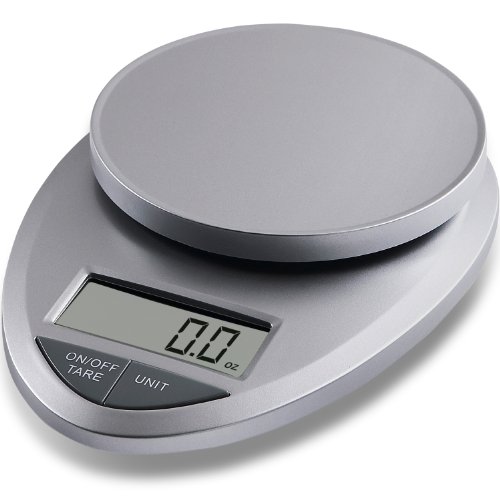 I'm reading a new book about thyroid issues, I'll be posting a review of sorts next week on it and share some of what I've been learning:

4 thoughts on “It’s Raining and I Want Potato Soup”