A few months ago when I purchased one of the vegetable boxes from Market on the Move I acquired two pounds of jalapenos and although I like jalapenos I can't eat two pounds worth before they go bad so I decided – since I was dehydrating other vegetables – I would try it with the jalapenos.

I roasted the jalapenos under the broiler and when they were blackened on all sides, placed them in a glass bowl covered with aluminum foil to steam. After a few minutes the skins were easy to remove so I put on gloves and proceeded to remove the skins, stems and most of the seeds. I laid them out on my dehydrator and let them dry for 24 hours. Lastly I used my Magic Bullet [affiliate link] which is a completely closed system to pulverize the dried jalapeno peppers into powder.

I literally fell in love with the product. Jalapenos have a Scoville Heat Unit of between 3500 and 8000 units. This jalapeno powder is a nice mild heat, at least in my opinion. I sprinkled it on everything I ate for several days: scrambled eggs [affiliate link], vegetables, mixed with butter and spread on meat or toast or vegetables… I even mixed up a concoction of peanut butter [affiliate link], honey [affiliate link], cocoa powder [affiliate link] with some jalapeno powder and yowsa! Yum! After a few days I started to have trouble sleeping. I'd go to bed at night, sleep for a couple hours and then I'd be wide awake. This was troublesome for me as I know how important it is to get the right amount of sleep. After a few nights I told my husband, “Watch, just watch. I bet it's the jalapenos.” The next day I googled jalapenos and insomnia and found I was right. Reluctantly I tore myself away from this decadent addiction. I used up the remaining powder by using it only at breakfast and sometimes at lunch.

But I haven't forgotten about jalapeno powder and when a local grocery store had them on sale four pounds for $0.96 with a limit of eight pounds, naturally I bought eight pounds and planned to process them the next day.

And I did so… on Friday morning I gloved up, then roasted, peeled, removed seeds and stems and laid the peppers on the dehydrator trays. I dehydrated them outside on the porch and twenty fours later they were crispy and dry. On Sunday morning I set about peeling the dried peppers from the trays, crinkled them into the Magic Bullet blender cup and whirred until they were pulverized and reaped the rewards of my hard work: 5.5 ounces of dried jalapeno powder.

Day 1
But then… something else happened… at first I noticed on Sunday night that my chin had these weird bumps. My skin is very smooth and I've rarely had acne, even as a teen. Then I noticed my cheeks had bumps. Soon my face began to burn. And itch. And burn. And itch.

Day 2
I wasn't sure yet what was going on. Finally, I realized on Monday night that I must have exposed myself to the jalapenos. Ya think? I realized at that point that I had not worn gloves when peeling the jalapenos from the trays. I called poison control to see if they could offer me any suggestions of what I could do. They said people who work with peppers have found ketchup or vinegar and water to be of help, but this was for their hands. I did try the vinegar and water solution on my face, but it did little to help.

My face felt really tight and dry, so I got the brilliant idea to smooth some coconut oil [affiliate link] onto my face. That's when the burning started in earnest.

Day 3
Another sleepless night, and I was unable to go to work. I learned while doing some more online research I learned that rubbing oil or even using an oil based soap will cause the capsicum microbes to penetrate deeper into the skin tissues and pores. I also learned because so much time had passed the only thing I could do was wait until my skin began peeling to slough off the capsicum microbes. The burning intensified, along with the itching.

Day 4
I absolutely had to go in to work on Wednesday and I was a sorry site. My nose and cheeks were red, the skin around my eyes was slightly swollen and I could hardly concentrate for the itching and burning. Wednesday was another sleepless night.

Day 5
I had no choice at work, I had to go in to work on Thursday as well. Thursday afternoon one of my coworkers offered me a small tube and suggested that I try using it. It gave relief and I was grateful, only bothering to research it after the fact to find it was a heavy duty steroid cream! My skin had already started to peel so I was glad the healing process was moving along. 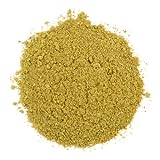 Days 6, 7, 8
I awoke on Friday morning to find my eyes were more swollen than the prior days. Saturday they were worse, and Sunday amazingly, they were even worse! The lower part of my face was still burning and itching, and peeling, but now the tissues surrounding my eyes were being affected. Someone had mentioned using Tucks Medicated Pads on my eyelids, and so I had my husband bring some home. I spent time lying in bed with a bag of frozen peas on my eyes. I had started to take Benadryl and it didn't seem to be doing much of anything, so my husband bought a new pack, and found the kind that has no dyes. Finally it seemed the Benadryl was helping, and also causing me to sleep for many hours. We checked the old pack and it said it expired next month, but my husband had been carrying it around with him in the heat (he has to go under homes and there are often scorpions and spiders, and other scary poisonous critters and he plans to take Benadryl if he is stung or bit).

With my eyes swelling, I began to assess every movement I was making. I kept researching on the Internet and by this point I'm realizing in essence it's as if I've been pepper sprayed. Did you ever stop to think how dangerous this stuff is? Sure you can protect yourself, but if you happen to squirt the stuff in the wrong direction, or heaven forbid the wind is blowing… you're going to be in some kind of pain. The best thing you can do is wash your face as quickly as possible with a product like Dawn dishwashing liquid to try and remove the capsicum from your skin.

I started to realize that when I sit at my computer I end up putting my fingers on my face, thereby spreading the capsicum microbes. And I realized that I must have the microbes on my pillow… and then my husband told me when he was sitting at the computer he touched his face with his fingers and his face began to burn! That is when I realized I had contaminated my keyboard and my mouse!

The story doesn't end here, stay tuned for the next installment tomorrow.

6 thoughts on “The Jalapeno Incident Part 1”